There have been many occasions when I just wanted to speak my mind.  As a Billet Parent there are times when we just have to sit back, listen and keep our mouths shut and this can be very difficult.   A perfect example of this is going to see your Billet Son play.  At times we do have our say!

A Billet Mom Tries To Keep Quiet In The Stands 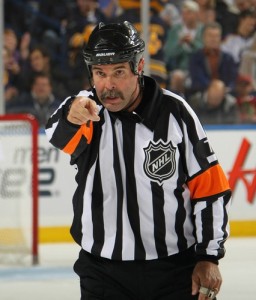 I remember, going to the rink this one time and looking forward to sitting back and enjoying the game.  It was a playoff game and everyone was on the edge of their seat. The rink was buzzing with excitement and you could feel it in the air.  Well, the game was one of those games, hard hitting, dirty stick work and yes, you guessed it it was all the other teams fault.  The refereeing was appalling and I, who had sat through two periods and watched my Billet Son get butt ended, struck in the face and elbowed was in a rage.  I stood up and yelled as loud as I could at those useless stripes on the ice.  My husband was totally humiliated and even a tug on the sleeve did not stop me.  I yelled in defense of my Billet Son who had taken enough abuse.  When the referee finally rose his arm indicating a penalty I jumped up and said “It’s about time” but quickly sat down red faced and even madder when he signaled my Billet Son to the penalty box.  Not feeling the penalty was justified, I would not let it go so up I jumped again and screamed “are you kidding me, you got the wrong player you moron?”  By now I was so angry I was shaking.  I remember vaguely hearing someone in the stands saying “that women is crazy”  The opponents didn’t score on his penalty, thank goodness but it sure was difficult for me.  The game ended without any more outbursts from yours truly but I will never forget this day as long as I live and how I, miss meek and mild hockey Billet Mom lost it in the stands that day.

THERE ARE MORE REFEREES IN THE STAND THEN ON THE ICE! Photo Credit: refyousuck

Many times there are more referees in the stands then on the ice.  Everyone in the stands knows the game better then they do.  They constantly yell at them and scream if a player on their team gets a penalty.  I have heard a lot of abuse against the officials coming from the fans in the stands.  I cannot say I have never yelled at the refs but I do try to limit my outbursts.  The verbal abuse and sometimes even physical abuse that these officials take is beyond what anyone should have to experience.  However  I do know that in our arena they can’t hear  what the fans are yelling, which is a good thing.

The Fans In The Stands 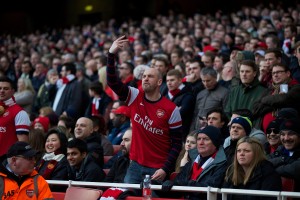 Another time I was outraged in the stands wasn’t at the referee but a fan.  This fan just wouldn’t let up and kept chirping my Billet Son over and over.  He yelled at him every game.  But on this particular night I just couldn’t sit back and listen anymore.  I will be the first to admit that he didn’t have one of his better games that night but really it got to be a bit much.  This time though I was much calmer and I turned to the fan and said “I will make sure I let him know what a terrible player he is when he comes home after the game”  That was the last time that fan called my Billet Son out.

There are times when we just can’t  take it and yes, we are human and yes, at times we just have to have our say.  I will say though for the most part I sit quietly in the stands and listen to what is going on around me.  Many times the fans spoil the game for everyone else.

My Friend In The Stands Let Me Down 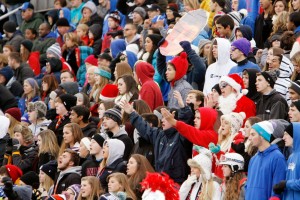 I have sat beside the same person at the arena for years.  I believe that the first time he sat down beside me he thought to himself “Oh no, a women what will she know about hockey?”  Surprise, surprise I know a lot about the game as I have followed it since I was very young.  I had no choice but to sit and watch hockey with my Dad and brother.  I am able to talk to him on a one to one basis about the sport and at times we even compare notes.

However, on one occasion my friend in the stands let me down.  He has sat and heard guys chirping my Billet sons and in turn listened to me make comments about it.  On this particular game night, during intermission some mouth piece was telling everyone around him that he had heard  about a player (he named the player) who moved out of his billets because he wasn’t getting fed properly. Now that player happened to live with us and what he was saying was totally untrue.  The truth was he got sent home as the coaching staff felt it would be in his best interest.  They thought it would be better for him to go back to his hometown.  They wanted him to play on a team where he would get more ice time.  My friend had every opportunity to correct this know it all and tell him the truth but he did not.  This is how rumors get started and stories like that spread like wild fire.  Everyone who heard that guy yipping thinks this kid wasn’t getting fed properly.   I chalk it up to the fact that he didn’t want to get involved but it hurt me that he didn’t defend me.

A Billet Mom Loves Her Kitchen

Embarrassing Moments For This Billet Mom