It is summertime and I love it.  I am so happy to spend as much time as I can outside.  This time of the year you would never think about having mice in your house but guess what, we do!  I cannot believe it!  It is over 80 degrees outside and we have mice.

It upsets me to know that we have mice this time of the year.  Mice usually come into a house in the fall and winter and leave for the spring and summer.  However the article “Thirsty mice are this season’s unwanted house guests” tells us that it is not uncommon this summer to have mice in your house.

MICE ON THE FARM 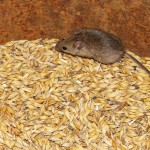 Growing up on the farm mice where a given.  However, I never liked them and I still don’t.   I never remember seeing one in the house mainly just in the fields and the barn.  It was not uncommon to see mice jumping out of the bales of hay or straw or find a nest of mice inside.  We would often see them scurrying out of the way of the tractor wheel.  It was not unusual to see the little guys running across the barn floor and across the beams. We often found them in the grain or wheat bins.

We had cats that were great mousers.  My pet cat was the best mouser of all but unfortunately she was so proud of her prize mouse she would bring it and drop it at my feet to show it to me.  I was never thrilled with her offering and Mother would have to come and take it away.

Mother was a kind and generous lady and she loved animals of any kind, even mice!  I recall on one occasion when she brought a nest of mice into the house.  I was horrified and Dad was not impressed.  However, she brought them in to show us what they looked like when they are babies.  Tiny, pink naked little critters with their eyes closed is what I remembered.  The mice disappeared from the house and I know they met their fate but we never did hear what really happened to them.  Guess I really didn’t want to know even if I didn’t like them.

A MOUSE IN THE HOUSE

There is nothing worse than finding a mouse in your house.  As a Billet Mom I remember well the season we had a horrible experience with mice in our basement.

That season we were billeting four players.  I remember to this day one of the players coming upstairs and saying he thought he had seen a mouse.  I like a fool told him he must be imagining it we didn’t have mice in our house!  I wish I had listened to him because we did indeed have mice in our basement, lots of mice.

I am one of those women that lets out a scream when I see a mouse even if it is across the room from me.  I absolutely hate mice.  Those creepy little critters with the long tails always scurrying about without a care in the world.  To overcome my fear of them I always tried to picture them dressed up like Mickey or Minnie but it never worked.

A BILLET SON USES A MOUSE AS AN EXCUSE

When we had our serious mouse problem we billeted a boy at that time that was sneaky to say the least.  My husband came home early one day and surprised our Billet Son.  He met my husband at the bottom of the steps and said “I think I saw another mouse in the basement.”  As this was some time after our mouse situation my husband replied with “I don’t think so.” but he headed to the basement to check it out.  Meanwhile our Billet Son tried to sneak his girlfriend out the front door.  My husband came up from the basement at the same time she was running down the stairs and sneaking out the front door.  He told our Billet Son that he knew he had a girl up in his room as he had seen her coming down the stairs.  He was not impressed and neither was I when I found out what he had done. This of course was against the rules of our home.

FACE TO FACE WITH A MOUSE

I have had several experiences of finding mice hiding in boxes.  One time I reached into a box and something moved, the next minute it jumped out, I dropped the box and of course the contents went all over the floor.  The second experience makes me laugh but at the time I was shaking in my shoes.  I opened the flap of a box and a mouse jumped out and sat on the side of the box.  He stared right at me but of course I let out a scream and even fell backwards trying to get away from him.  He wasn’t 2 inches from me looking at me with his beady little eyes.  I know it is ridiculous a little mouse and big me but I don’t want that creepy little character crawling on me!

Just recently I actually brought a mouse up in a box from the basement.  Our dog knew there was something in that box as she kept going over to it.  We didn’t discover the mouse until that evening while watching television we heard him scratching.  I ran upstairs as my husband opened the box.  Of course the mouse jumped out and because I was such a scaredy cat we didn’t see where he went.  My husband put traps around our family room but right then and there I decided that I was going to call in someone to take care of the situation.

THEY GET INTO EVERYTHING! 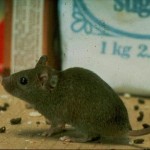 Nothing is safe around a mouse.  They can get through a very small opening!  All it takes is 1/4 inch for them to get into your house or get into anything in your house.  It isn’t just food they like they will chew anything!  Electrical wires, bars of soap, candles, wood, plastic, to name a few items.  They shred paper products with their teeth and use the shredded paper for making their nests.  They also take the insulation out of the walls to make their nests.  They are so annoying and don’t worry you will know where they have been because they always leave evidence behind.

Not only do I dislike mice but they are the dirtiest little creatures.  They leave droppings everywhere and the worst part is that they urinate everywhere as well.  I have had to throw out many items because of what they left behind.  They pose a very serious health problem as well so make sure to wear gloves and wash your hands well after handling anything that has had a mouse in it.

GETTING RID OF MICE

The hockey season we had an infestation of mice was a nightmare.  There were literally mice everywhere.  I remember going down the basement steps and one was coming up the steps to meet me.  I turned around and went back up those steps as fast as I could.  I don’t think I ever ran so fast and I was sure the mouse was chasing me as I ran.  How silly the mouse had retreated back to the basement and was hiding out somewhere.

The boys often found mice and one claimed they ran across the bed in the night, they likely did.

We tried catching them in traps but that didn’t work as mice multiply very quickly and they had a head start on us.  I always sent my husband to check the traps.  I sure wasn’t going anywhere near them and I was definitely not going to remove any bodies from them.

Finally after I was just about crazy with the thoughts of them we had someone come in and deal with them.  We finally got rid of them and never saw another mouse that season or for most seasons after that.  My advice here is to make sure you don’t try getting rid of them yourself.  If you see one there are more!  Call someone in and get rid of them before they take over your house.

We have also tried those ultrasonic devices for mice and they do work but if you find a lot of mice the best solution to getting rid of them is to call in an exterminator.

There are several different types of mice as described in this article.  There are only three kinds of mice I like the Disney ones, the cute little white mouse Stewart Little and the one I use with my computer.

12 Common Questions and Answers about Mice in the House

How to Get Rid of Mice

I must admit that as I was writing this article I was getting goosebumps just thinking about them and seeing pictures of them.  I sure wasn’t going to ruin my great summer so I didn’t even hesitate to call someone in to take care of the situation.  There just isn’t anything worse than having a mouse in the house.

How To Reach Out To Someone Who Is Grieving? Part 1