TRAGEDY FOR THE HUMBOLDT BRONCOS

It is with a lot of emotion that I sit and write about something that happened a year ago.  It is difficult to find the right words or know what to say.  However, the tragedy of the Humboldt Broncos still remains with me and many others to this day.

What happened to the Humboldt Broncos hockey team on April 6th 2018 was tragic.  So many of us remember hearing it on the news and not wanting to believe that what we heard was true.  But unfortunately for all involved it was.

I think about those that lost their lives that day.  How excited they were to be heading off to a playoff game before tragedy struck.  I think about what they contributed to the team, to the community of Humboldt and to their families.  I think about the unfairness of what took place and how many precious lives were lost to a moment of neglect.

So many lives changed that day.  It affected families, a community, a hockey team and a nation. It changed so many people and nothing would ever be the same for them.  Many families experienced the anguish of losing a loved one while other families coped with having their loved one suffering and in pain.  Here is an article about the Humboldt Broncos trying to heal after 1 year.

I have asked myself over and over again how this could have happened.  If only they had been either five minutes sooner or five minutes later this tragedy would have been avoided.  But we all know that unfortunately that just wasn’t the case.

TURMOIL FOR THE HUMBOLDT BRONCOS

We can go over and over this situation in our minds.  We can wonder and try to figure out what that truck driver was thinking after the bus hit him.  We can point a finger and blame him for not reading the signs leading up to the corner.  We can make excuses that he lost his concentration and was distracted by a flapping tarp.  We can say he was driving too fast and wouldn’t have been able to stop.  There are many things we can say about why this happened.  However, the reasons of why this happened cannot and will not outdo the outcome.  The only thing the least bit positive here is that he took full blame for his actions.  However, this still does not help those who are gone or those who have suffered so much. 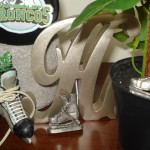 I have spent many hours going over the facts in my mind.  I have read article  after article on what happened and how it affected the community of Humboldt.  I have watched endless interviews of family and friends.  I have diligently followed the progress of the survivors.  I have literally spent countless hours researching what happened and why?  I just couldn’t find any answers or perhaps it was more that I wasn’t hearing what I wanted to hear.

STEPPING UP FOR HUMBOLDT

The outpouring of concern was shown throughout the world.  Everyone wanted to reach out and help those people and help in whatever way they could.  A fund was set up to bring in donations to help all the families.  Many different organizations tried to raise funds in various ways.  It was unbelievable how this tragedy affected so many people throughout the world.

I have followed the progress of the survivors and how they are doing on a regular basis.  I think about how some of them have weeks and even months of therapy to go through.  I think about how they are fighting to get better.  I think about the support they received to help them in their recovery.  Here is an article on the survivors and where they are now.  It is good to hear that many of them are coming along and how determined they are to be well again.  It is sad to read of those that are struggling in so many ways.  All we can do is hope that all of them have a full recovery and wish them nothing but the very best for the future.

So many things are so wrong about what happened to the Humboldt Broncos hockey team and nothing can make them right.  We cannot discount the innocent lives that were lost that night.  We cannot forget about their friends and families and how it has impacted their life.  We cannot help but feel for those who are trying to heal and carry on with life.  We cannot keep trying to figure out why it happened. We cannot tell these people to just move on.  This was a tragedy that should never have happened.  It must be difficult to even get up in the morning and carry on for those who are still dealing with it.

This tragedy left a community, a nation and the world stunned.  It left everyone reeling in disbelief at what had happened.  It left families with a tremendous burden to carry.  It left players with injuries and many days of therapy ahead.  It left many with emotions all over the place.  It left people like me feeling sorry for all those involved and wanting to reach out and help in any way that I could.  In closing I can only wish the very best for the survivors, their families, friends and the community of Humboldt.  I can conclude by saying that this tragedy has made me stop and think about life being so precious and how it can disappear in an instant.

Making A Christmas Scrapbook of Memories

Making A Christmas Scrapbook of Memories